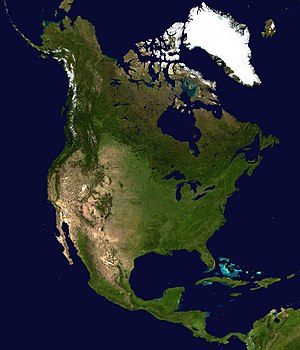 Map of the North American Continent. 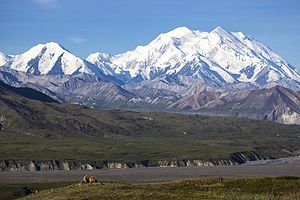 The highest mountain on the continent of North America: The Denali in Alaska.

There are 23 states on the continent of North America. Most of them are small ones like Panama or the islands in the Caribbean. 450 million people live in North America. Only Africa, Europe and Asia are more populated.

A lot of people think of North America as the USA and sometimes maybe Canada. That is because English is spoken in the USA and Canada. In Mexico and almost everywhere else the people speak Spanish.