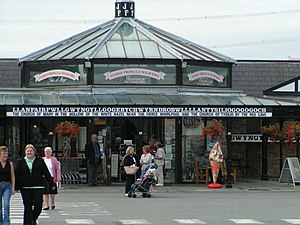 What happened earlier in Wales?

In ancient times modern day Wales was inhabited by celtic tribes. In the year 43 AD the romans conquered it. From around 400 AD, the Romans left the island. This is how Celtic kingdoms came into being in Wales. Germanic tribes, later called Anglo-Saxons, arrived in the east of the island.

In the Middle Ages, Anglo-Saxon kings conquered part of what is now Wales. However, these areas were not yet part of the Kingdom of England. That did not happen until around 1540. At that time, the English King Henry the Eighth also determined: A person can only exercise an office if he speaks English and not Welsh.