Cookies help us deliver our services. By using our services, you agree to our use of cookies. More information 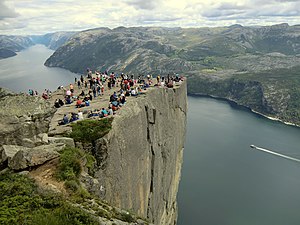 The Cheaha Mountain State Park in the Appalachian mountains attracts many hikers and other nature lovers.

Alabama is a state that lies deep in the southeastern United States and has a population of about 5 million. The seat of the state government is in the city of Montgomery. The largest city, however, is Huntsville, which lies in the far north. Other major cities are Birmingham and Mobile. The state's name comes from the roughly 300-mile-long Alabama River, which in turn is named after a Native American tribe from that area.

Much of the state is covered by the forested hills and mountains of the Appalachian mountain range. In the far south, Alabama has about 40 miles of shoreline. There, the Alabama River flows into the Mobile River, which eventually empties into the Gulf of Mexico. Alabamas climate is defined as subtropical. Summers there are among the hottest in the United States.

Alabama officially became part of the United States in 1819. Before that it was colonized alternately by the Spanish, French and British. In the 19th century, there were large plantations in Alabama where African slaves were forced to work for their wealthy white owners. Therefore, during the Civil War, Alabama fought on the side of the Confederates, who defended slavery. Even after the abolishment of slavery, inequality between Blacks and Whites remained a big issue in Alabama. In the 1960s Alabama was a central place for the civil rights movement. Quite famous is the peaceful protest of Rosa Parks, an African-American women who refused to leave a public bus in Montgomery after a white men entered it. 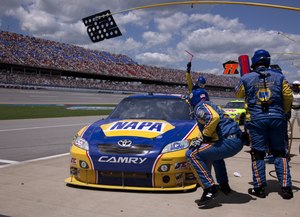 NASCAR is a popular sport in Alabama

Agriculture plays an important role in Alabamas economy. The main agricultural products are cotton, sugar cane, tobacco, corn and potatoes. A lot of wood is felled in the forests, from which furniture and other things are made. The industry is mainly focused on the production of cars and the processing of iron. The area around Huntsville houses facilities of the NASA with a nearby museum.